After seven years again train from Ljubljana to Trieste and Udine 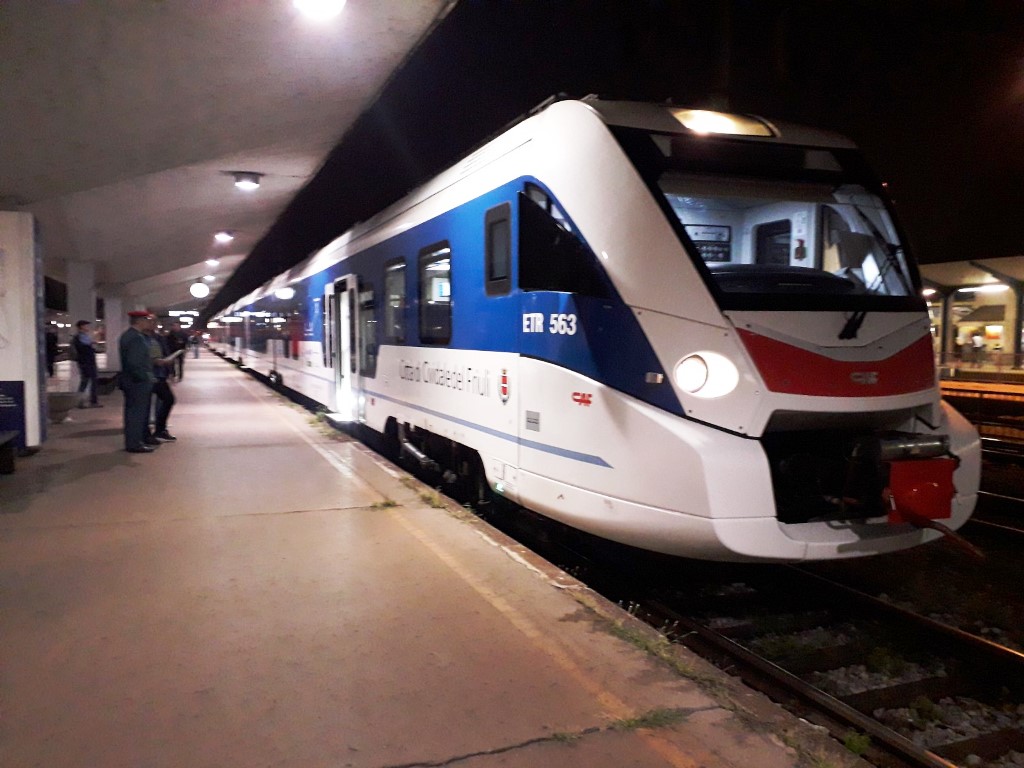 Yesterday at 5.57 the Trainitalia train ETR 563, owned by the Commune Friuli-Venezia Giulia, after a seven years break from Ljubljana railway station departed to inauguration ride towards the Italian city of Trieste. The new train service has been realized due to the cooperation between the Slovenian rail operator, Slovenian authorities and the authorities of Friuli-Venezia Giulia.