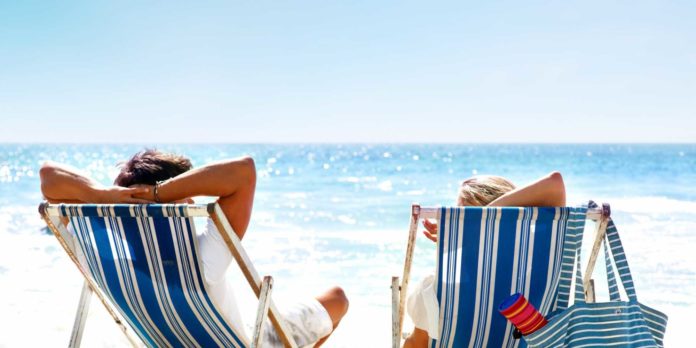 2018 has been a strong year for the tourism industry, which has registered uninterrupted growth in international trips around the world. In the first eight months of 2018 international outbound trips grew by six per cent worldwide, with Asia and South America recording the highest increases. According to the findings of the first trend analysis of the World Travel Monitor by IPK International, published on December 3th, the outlook for 2019 also remains positive.

Asians are as keen to travel as ever. Following below-average growth in 2017, this year Asia is on a strong recovery path with an increase of eight per cent. One contributing factor was the upswing in China, with notably more foreign trips than the previous year. Likewise another growth driver is Latin America with an increase of eight per cent. This can be mainly attributed to Mexico, which has recovered from last year’s negative growth rates. According to the World Travel Monitor between January and August 2018 trips by Europeans increased by five per cent, while North Americans went on four per cent more international trips.

Also in terms of destinations, Asia had the strongest growth and recorded a plus in visitors of eight per cent. Europe follows with eight per cent more guests, while the Americas had an eight per cent increase. Looking at destination countries shows that the recent boom in trips to Spain has subsided somewhat in 2018 so far. At the same time, destinations, which have lately been shunned by visitors, are coming back. Turkey is the best example. With a remarkable 30 per cent increase in visitors compared to the same time last year, it is celebrating a strong comeback.

Looking at the different types of holiday shows a slight shift in recent trends. City trips, one of the main growth drivers in recent years, still continue on an upward trend, however tailed off slightly during the first eight months of 2018. ”This may be due partly to overtourism, which has lately received a lot of media attention and may possibly have kept visitors away from large cities”, said Rolf Freitag, CEO of IPK International. ”Sun & beach holidays are profiting from that and have overtaken city breaks in terms of growth, something we have not seen in a while. And tour holidays are making a recovery. After declining steadily in the past they have now grown by four per cent.”

According to IPK International, the influence of terror threats has settled at a lower level. 38 per cent of international travellers claim that the recent instability and terror warnings will have an effect on their travel plans, compared to 41 per cent at the same time last year. This however is mainly leading to shift in destinations to those that are perceived as safe, rather than avoiding traveling altogether. Destinations regarded as being particularly safe include Switzerland, the Scandinavian countries, Canada and Australia. At the same time, other destinations such as

The forecast for travel in 2019 remains positive: IPK International expects international trips to increase by around six per cent. The highest forecasts are for North and South America, with an expected increase of eight per cent. Asia is expected to grow by six per cent, followed by Europe with five per cent. These forecasts are based on the World Travel Confidence Index published by IPK International, which is compiled annually based on the views of the survey participants about their travel intentions for the coming 12 months.