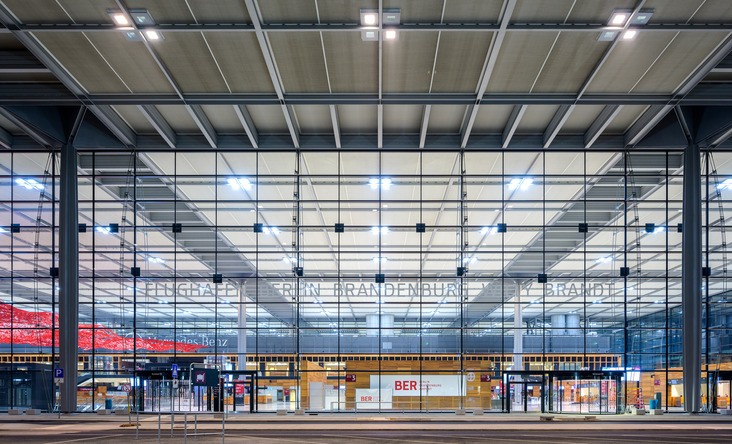 The long-awaited opening of the Berlin Brandenburg Airport (BER) is scheduled for 31st October, after yesterday the German Aviation Authorities presented Flughafen Berlin Brandenburg GmbH (FBB) with permission to begin operations. The construction of Willy Brandt Airport commenced in 2006 with an initial budget of €2.83bn. The total cost of the project has now increased to €7bn.

Berlin Brandenburg Airport will replace the Tegel and Schönefeld airports, which were deemed inadequate for the city’s future projected air traffic. Its opening was postponed due to technical problems, planning errors and other issues. In 2012, it was discovered that the airport’s fire protection and alarm system had issues.

After the the initial target date after nine year the Terminal 1 of the new Berlin Brandeburg Airport will be opened. From the start of the winter flight schedule on 25th October Schönefeld Airport will already be running as the new Terminal 5 of BER.

On 31 October an easyJet aircraft and a Lufthansa aircraft will arrive at the same time and be the first to be received and handled at the new terminal’s Main Pier. On the morning of 4 November, FBB will start operations on the southern runway with a Qatar Airways aircraft landing. BER’s new night-time flight restrictions will also apply starting on this day. The transfer from Tegel to BER will be complete with the last flight, operated by Air France, from Berlin-Tegel to Paris on 8 November 2020.

Berlin’s Tegel Airport has operated since the year 1948, when the Soviet Union blokced the Berlin’s Western sectors and the Western Allies started the Berlin Air Lift. In Tegel the longest runway at the time in Europe was built.

During the Cold War, airlines British Airways, Air France and PanAm from the occupation forces England, France and the United States of America were allowed. Lufthansa was banned from Berlin at that time and was finally allowed to fly to – and take off from – Tegel as well after Germany’s reunification. Lufthansa resumed flights to Berlin on 28 October 1990.

Berlin’s Tegel Airport will be closing for ever on November 8th, 2020. There was supposed to be a temporary closure even before, because of the Corona situation, but it was cancelled.